What is human monkey pox? And its outbreak in non-endemic countries 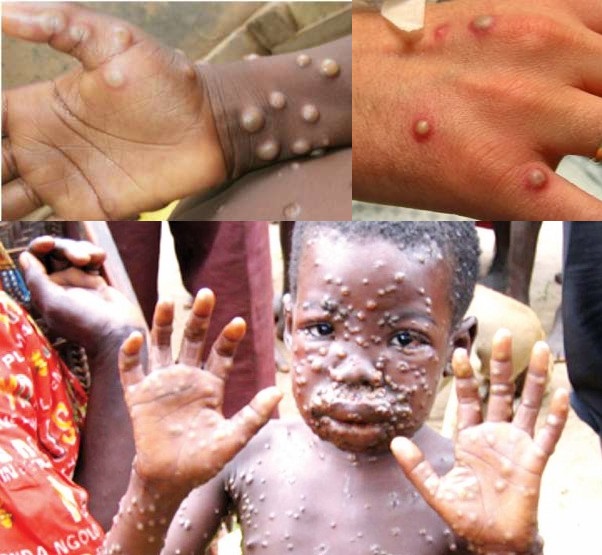 Pox is a viral disease often characterized by eruptions causing a rash of pimples that eventually results in pockmarks. Also, poxviruses contain enormous double-stranded DNA genomes and are brick or elliptic. They are typically found worldwide and cause illness in people and other animals. Lesions, skin nodules, or a widespread rash are common symptoms of poxvirus infections. Therefore, there are numerous kinds of poxes, including the most famous chickenpox, monkeypox, and smallpox.

Furthermore, monkeypox is an uncommon disease caused by a monkeypox virus infection. It is a viral zoonosis (a virus transmitted from animals to humans) with symptoms comparable to those seen in smallpox patients in the past; however, it is less severe clinically. Also, monkeypox was already reported in 1958 for the first time, when two outbreaks of a pox-like disease occurred in research colonies of monkeys. Hence the disease name took the legacy. In 1970, the first human case of monkeypox was diagnosed in the Democratic Republic of Congo, in central Africa. Hence, it has been rapidly spreading worldwide in a few days.

Moreover, monkeypox's natural reservoir is still an unknown mystery and is yet to be discovered. However, African rodents and non-human primates (such as monkeys) may carry the virus and infect humans. Thus, according to the World Health Organization (WHO), since May 13, 2022, monkeypox cases have been diagnosed in 12 member states indigenous to the monkeypox virus.

Monkeypox is a viral zoonosis (a virus transmitted from animals to humans) with symptoms strikingly like those seen in smallpox patients in the past. However, it is less severe clinically. It is caused by the monkeypox virus, which belongs to the Poxviridae family's orthopoxviral genus. The monkeypox virus is divided into two clades: West African and Congo Basin (Central African). The virus was first discovered in monkeys in a Danish laboratory in 1958, hence the term monkeypox. The first human case was found in a kid in the Democratic Republic of Congo in 1970.

Furthermore, the monkeypox virus has been discovered in various animal species. However, the history of the monkeypox virus is a hidden mystery that hasn't been unleashed yet. Also, ample researchers are trying to determine the reservoir of the virus. Similarly, even though the virus remains immobile without a host, it still circulates nature yet remains anonymous.

Throughout history, this virus has never been observed to spread outside Africa. However, there are non-indigenous countries where monkeypox has been spreading overwhelmingly. The first Gulf country to report a monkeypox case was United Arab Emirates (UAE). Since the virus is diffusing devastatingly, the Czech Republic and Slovenia were the primary victims, adding to other 18 countries helplessly. Although the number is projected to climb even more, experts warn the overall risk to the public remains minimal. The virus has extended its reach in Australia and the United States. According to some channels, this virus has also reached Pakistan, and the infected people are under observation in isolation.

Monkeypox is not transmissible like other viruses like CORONA, yet it could use unique means to toxify someone. Since both a monkey and a human belong to the animal kingdom, their transmission occurs differently. Direct contact with infected animals' blood, bodily fluids, or cutaneous or mucosal lesions is a primary determinant in animal-to-animal transmission. In Africa, monkeypox has been detected in various animals such as tree squirrels, rope squirrels, and rats. Rodents are assumed to be the most common cause of infection, even though the virus's reservoir has yet to be identified. Thus, people who live in areas where monkeypox is endemic may come into contact with infected animals.

Conversely, human-to-human transmission could result from frequent contact with respiratory secretions, skin sores of an infected person, or any recent contaminated object that the infected person has used. However, the longest known chain of transmission in a community has climbed from 6 to 9 person-to-person infections in recent years. Smallpox vaccination was abandoned, contributing to a loss of resilience in all groups. Furthermore, monkeypox transmission could occur through the placenta, resulting in congenital monkeypox. While close physical contact is a known risk factor for communication, it is unknown if monkeypox may be transmitted sexually. However, a lot is yet to be discovered to attain a more profound and better conception of monkeypox. As of May 21, WHO had received reports of 92 laboratories' confirmed cases of monkeypox and 28 suspected cases in 12 countries that are not endemic to the disease. However, no deaths have been reported. 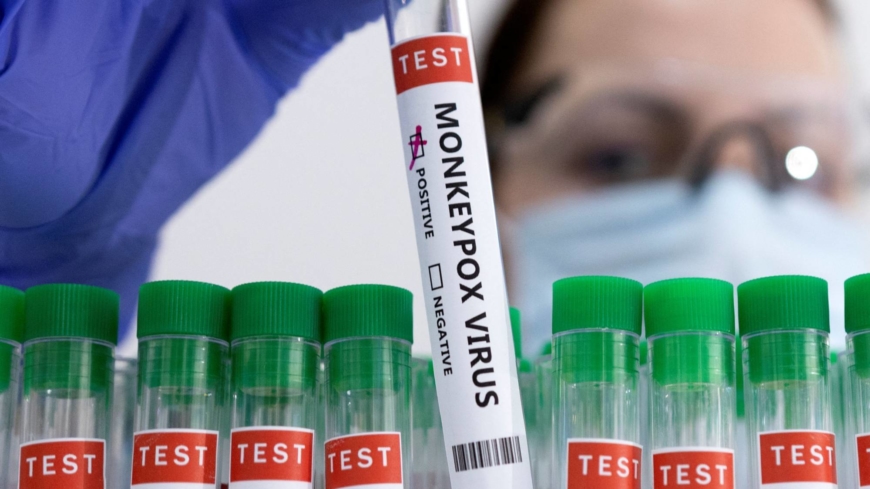 Monkeypox is identical to smallpox in humans, except it causes lymphadenopathy (enlargement of the lymph nodes). Fever, headache, muscle aches, backache, swollen lymph nodes, and overall feeling of discomfort and tiredness occur 12 days after exposure. The patient develops a papular rash (raised bumps) within 1 to 3 days (sometimes longer) after the onset of fever, usually on the face but occasionally on other regions of the body. Before crusting and dropping off, the lesions typically go through numerous stages.

It has been observed that the signs and symptoms of smallpox resemble a lot of the monkeypox. The onset of symptoms in people affected by monkeypox is usually between 6 and 13 days, with a range of 5 to 21 days. Therefore, World Health Organization has divided the infection period into two categories which are as follows:

Moreover, the symptoms could last two to four weeks, as monkeypox disease is considered ordinarily independent. Severe instances are more common in youngsters and are linked to the amount of virus exposure, the patient's condition, and the type of problems. Immune inadequacies could exacerbate the situation. Due to the massive discontinuation of smallpox vaccine operations following the disease's extinction, anyone younger than 40 to 50 years of age (depending on the country) may now be more susceptible to monkeypox. Secondary infections, bronchopneumonia, sepsis, encephalitis, and cornea infection with resulting visual loss are all possible complications of monkeypox. It's unclear how widespread asymptomatic infection can be. 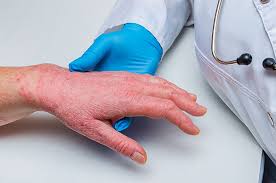 Other rash disorders, such as chickenpox, measles, bacterial skin infections, scabies, syphilis, and medication-related allergies, must be examined in the clinical differential diagnosis. For example, lymphadenopathy can identify monkeypox from chickenpox or smallpox during the prodromal stage of sickness.

However, if monkeypox is detected, health professionals should obtain a sample and transport it safely to a laboratory with the necessary capabilities. The type and quality of the specimen and the kind of laboratory test are all factors in confirming monkeypox. As a result, samples should be packaged and sent according to national and international standards. The polymerase chain reaction (PCR) is the most used laboratory test because of its precision and sensitivity. The roof of the mouth, fluid from vesicles and pustules, and dry crusts are the best diagnostic samples for monkeypox. A biopsy is a possibility when it is possible. Lesion samples must be kept cold and preserved in a dry, sterile tube (no viral transport media). Because of the brief duration of viremia compared to the time of specimen collection after symptoms begin, PCR blood tests are frequently inconclusive. They should not be regularly collected from patients. 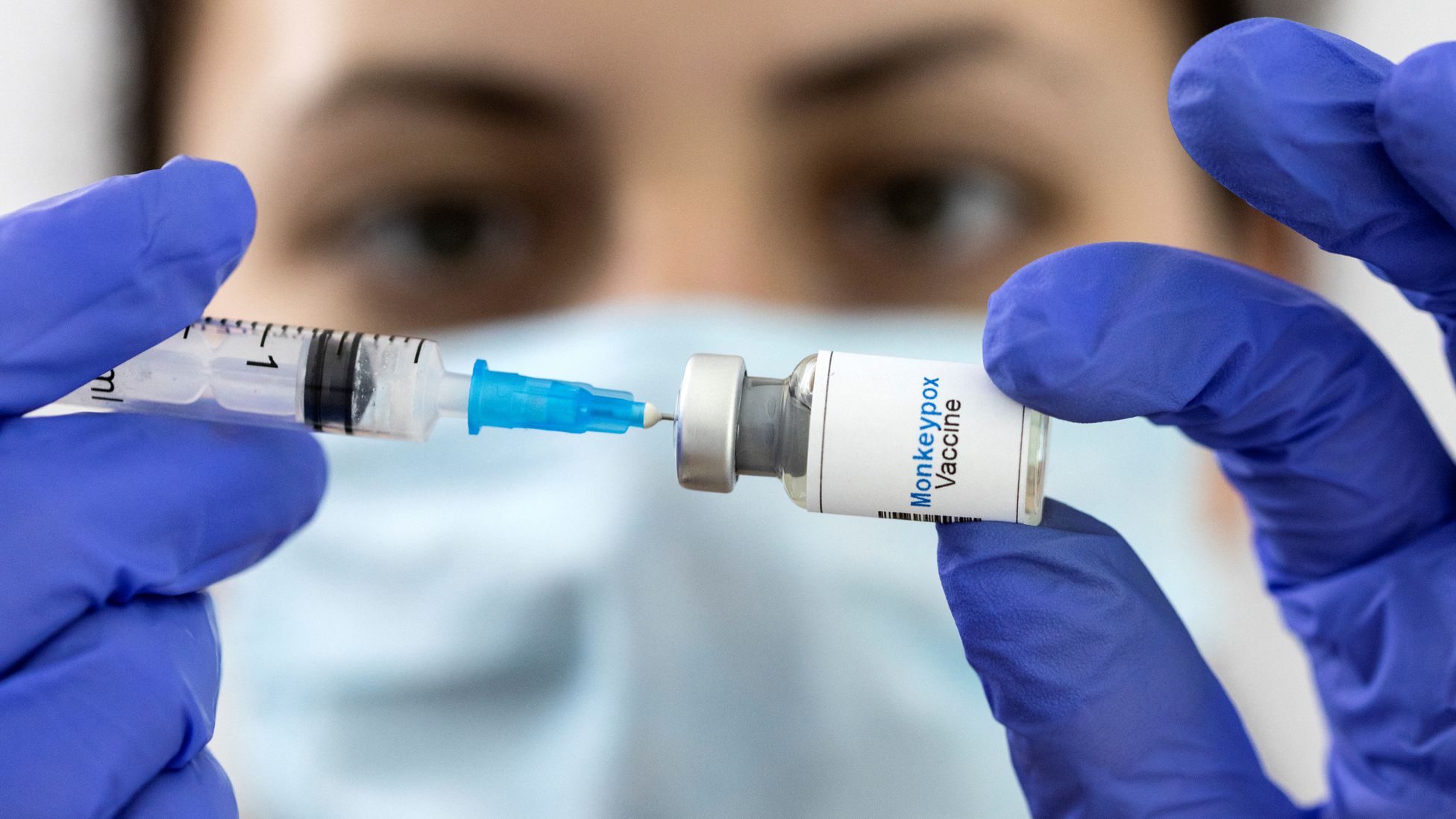 Numerous epidemiological studies have shown that smallpox vaccination is roughly 85 percent effective in stopping monkeypox. As a result, previous vaccination against smallpox may contribute to a milder affliction. If a person has already been vaccinated, a scar remains on the arm showing the signs of the previous smallpox immunization. However, vaccines used in the first generation are no longer accessible to the general mass of people. Therefore, some laboratory employees or health care workers may have gotten a more modern smallpox vaccine to protect them from Orth poxviruses. In 2019, a more recent vaccination based on a modified attenuated vaccinia virus (Ankara strain) was authorized for monkeypox prevention. Unfortunately, this is a two-dose vaccine that is still in short supply. Smallpox and monkeypox vaccines are based on the vaccinia virus because of the cross-protection provided for the immune response to Orth poxviruses.

The primary prevention strategy for monkeypox is to raise public knowledge of risk factors and educate individuals about the steps they may take to decrease virus exposure. The feasibility and suitability of vaccination for the prevention and control of monkeypox are now being investigated in scientific investigations. Some countries have policies in place or establish procedures to provide vaccines to people at risk, such as laboratory staff, fast reaction teams, and health professionals. For outbreak containment, surveillance and early detection of new cases are crucial. Like the CORONA virus, close contact with infected people could aggrandize the risk of getting monkeypox. Infection is more likely in health workers and household members. Therefore, standard infection control procedures should be followed by health personnel caring for patients with suspected or confirmed monkeypox virus infection or handling specimens from them. Persons who have been vaccinated against smallpox should be chosen to care for the patient if possible.

There is currently no therapy for monkeypox, sadly. However, the smallpox vaccine seems effective over monkeypox. Also, it has minimized the risk of developing monkeypox among the people who had already been vaccinated. The CDC is looking into the role of the smallpox vaccine after exposure and therapeutic usage of the antiviral medicine cidofovir.

About usTerms and conditionsPrivacy policyWertik JS